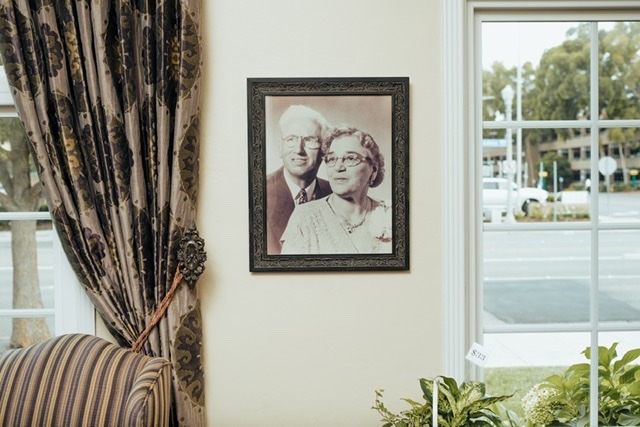 Hilgenfeld Mortuary was founded by Reverend Samuel Hilgenfeld in 1927. 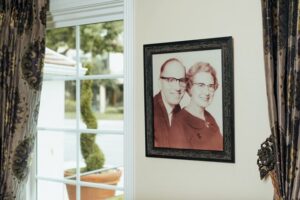 The son of Reverend and Lydia Hilgenfeld, Melvin joined in the family business becoming the second generation to serve the community. 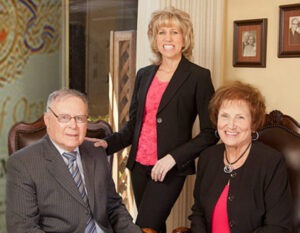 Following in her father’s footsteps, Margie Hilgenfeld Field became president of the business in 1987. Her husband Gary, and daughter, Becky Field Areias were also key members of this administrative team for nearly 30 years. After Margie’s passing in 2015, Becky became president of Hilgenfeld Mortuary, entering in a fourth generation of family leadership. 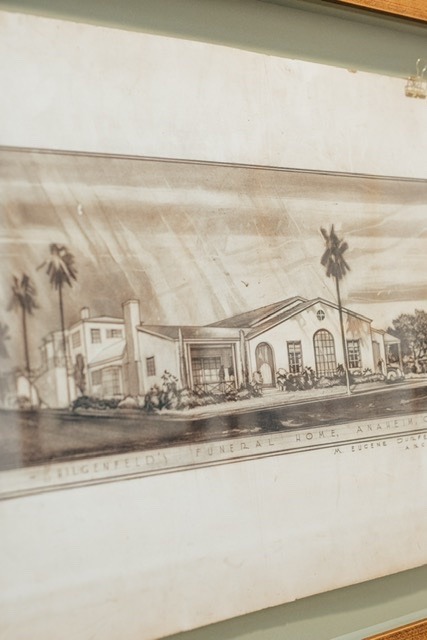 This design, circa 1940s, has held its beauty and functionality for well over 80 years. 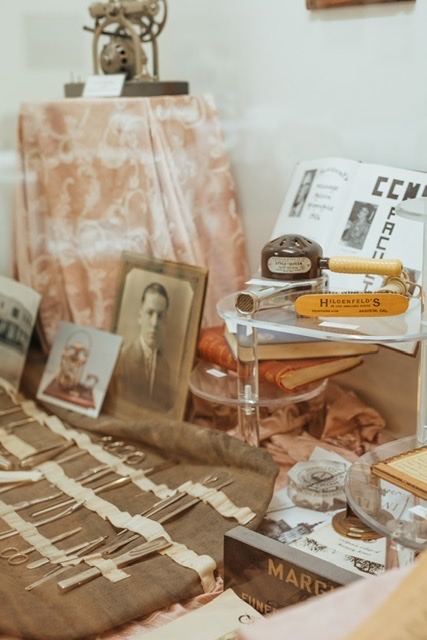 Over the years the Hilgenfeld family has acquired an expansive collection of materials from the funeral industry. The collection is on display on the premises.

With a century of industry leadership, the Hilgenfeld family’s business memorabilia is a fascinating look at the changes in the funeral industry over the past 100 years.

A few miles to the south, the Huddle Funeral Home of Anaheim had been previously established in 1920, at the corner of Lemon and Broadway. Shortly thereafter, Mr. Huddles’ wife developed a serious illness, and arrangements were made to sell the establishment to the Hilgenfeld-Rollins partnership. It was decided that Mr. Rollins would remain at the Brea property, and Rev. Hilgenfeld and his wife Lydia would move to Anaheim to operate the new facility.

Rev. and Mrs. Hilgenfeld’s son, Melvin, soon joined his parents and began working at the mortuary as a funeral director and embalmer. In 1937, he joined the staff of the Los Angeles College of Mortuary Science, beginning a lifetime career dedicated to the advancement of education within the funeral service industry. Mel became president of the college in 1943, while continuing to work at the mortuary.

With the success of the family operation, it became clear that they had outgrown the original facility. In 1942, the business moved from 202 W. Broadway to it’s present location at Broadway and Anaheim Blvd.

On what was originally the grape vineyards of the Humbolt family lot, just east of the town center, the Hilgenfeld family constructed their new facility at 120 E. Broadway in 1942.

The newspapers of nearby communities praised the newly completed marvel – constructed for the then unheard of sum of $15,000.

21 Years later, the Hilgenfelds embarked on an ambitious plan to greatly expand the mortuary’s facilities. A modern, 175 person capacity chapel was to be added to the west side of the building, and the new construction was completed in 1963. Having seen the fruition of his efforts, the founder of the mortuary, Rev. Samuel F. Hilgenfeld, passed away in 1966.

In 1981, the facility was again expanded with the addition of the Fellowship and Reception Halls. Progressively innovative, the added facilities provided more casual, less formal surroundings for both memorial ceremonies and family gatherings.

Much like his father, Melvin Hilgenfeld oversaw the continued growth of the facility as it endeavored to meet the needs of a constantly evolving community. Although Melvin died in 1984, his legacy continues today through the Hilgenfeld Foundation Scholarship. The scholarship provides ongoing educational opportunities and training for both students and business professionals within funeral service.

The mortuary’s 75th Anniversary was celebrated in 2002, during which they were acknowledged by civic, community, and government leaders for their tireless efforts in promotion of the greater Anaheim community.

The mortuary was also recognized in 2007 with the Anaheim Chamber of Commerce award for Family Owned Business of the Year.

Today, the Hilgenfeld Mortuary is the most prominent name among Southern California funeral service providers, and remains unswerving and diligent to the principals established by Rev. Samuel F. Hilgenfeld, some 80 years ago.